The buzz surrounding what to watch usually considers what’s hot and happening this minute,  but there’s always more to uncover and discover. So if episode after episode, you still feel like you’re missing something, don’t ignore that feeling. Instead, sit back, relax, and check out some of the most scrolled passed, stream-worthy shows you absolutely don’t want to miss. 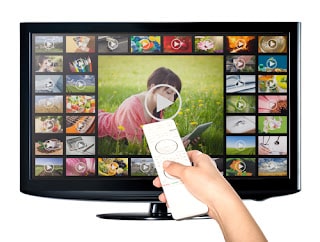 Chewing Gum (Netflix)
This breakout, British comedy already has a big following across the pond, but is still somewhat of a hidden gem in the States. It’s already been picked up for a second season, so if you haven’t seen it, get to watching. The premise follows the growing pains of a sheltered, 20-something girl, living in London, and worshipping Beyoncé along with Jesus. She wants to see the world and she wants to take her relationship to the next level, but she’s not sure what any of that means yet. This one’s not quite what you’d expect, but in the most refreshing and funny of ways.

30 Rock (Hulu)
Tina Fey plays the head writer on a fictional sketch comedy show aired on NBC. Not so much of a stretch for the SNL writer, but the real comedic gold comes from the show’s behind the scenes premise. 30 Rock had a long run in its hay day, weighing in with a not so shabby seven seasons and big names to boot. But its recently been removed from Netflix, likely due to a lack of viewers. And that’s a shame. It won multiple Emmys, coined endless catch phrases, and is densely packed with smart and silly social commentary that’ll keep you laughing for days. Luckily, Hulu knows what’s up.

Anthony Bourdain, Parts Unknown (Netflix)
This critically acclaimed Bourdain documentary continues his exploration of lesser known culinary hot spots from continent to continent and it’s definitely worth exploring from the comfort of your seat. Just like the seasons before, it’s culturally eye-opening, candid, and hunger inducing. But without all the hype that came with the documentary’s 2013 debut, it’s fast becoming his most underrated and overlooked series on Netflix.

Awkward (Hulu)
Awkward is an MTV original comedy that follows unpopular high schooler Jenna Hamilton as she unwittingly, and sort of embarrassingly, becomes the most popular, well, the most infamous girl in her school. It’s quirky, ridiculous at times, and filled with lots of teen angst. What more could you want? File this one under “guilty pleasure” and start binging.

Love (Netflix)
Originally a web series, Netflix only signed on for two seasons of Love. However, they decided that this underdog of romantic comedies deserved a third. Third time’s the charm, right? This fictional show feels very real at times, taking a self proclaimed “down to earth approach to love,” and there truly is something for everyone. The dating situations portrayed are not always flattering, but they’re honest. Maybe that’s why Netflix is not quite ready to move on from this one. And perhaps that’s the number one reason you should give it a chance while you still can.

Grace and Frankie (Netflix)
This one already has a pretty loyal following, but it deserves the chance to keep growing. Yes, it follows two senior citizen women dealing with divorce, cataracts, and beach house life in La Jolla, California. But no matter how specific that premise may be, it really finds way of speaking to the human experience and situations we can all relate to: love, loss, and frenemies.

Party Down (Hulu)
This dry, timely comedy follows a group of caterers living, laughing, and sometimes loathing their clientele in Los Angeles. Originally airing on Starz, it only lasted for one season. But that season was stellar. It has a one of a kind, killer cast including Jane Lynch and Adam Scott. And if you’ve got a little time to spare, check out this binge-worthy, cut short series still streaming on Hulu.

Dear White People (Netflix)
Like Grace and Frankie, this Netflix Original already has a loyal band of fans, but doesn’t quite get the attention it deserves. It received a rare 100% on Rotten Tomatoes for a reason. It’s really, really good. The campus culture of a fictional ivy league is shaken up by a local radio host, Sam White, through her activism and observations on everything from dating to social media, and mainly, race relations. But it’s really about more than that. This thought provoking, sharp, and unexpectedly funny series touches on the struggles we all face when it comes to issues of identity, friendship, and whether or not to block our ex on Instagram.

Freaks and Geeks ( Netflix)
Set in the 80’s, this short lived series is frequently considered one of the top teen premises in TV history. It’s funny, uncomfortable at times, and smartly written. In a high school where everybody’s just trying to fit in and eventually get out, a group of friends struggles with the ups and downs of being unpopular freshmen.

Comedians in Cars Getting Coffee (Netflix)
Find out what happens in Jerry Seinfeld’s talk show on wheels where he basically interviews celebrities, public figures, and other comedians while driving around. It might not sound like your cup of tea at first, but you’ll quickly realize it’s still up and running because it’s pretty hilarious. Favorite interviewee so far: Former President Obama.

Workaholics (Hulu)
Very quotable and endlessly funny, Comedy Central’s Workaholics is another series that ended too soon. Following three highly unmotivated, young professionals around during their day to day activities, this show highlights those mundane work gripes with zest, flare, and a whole lot of silliness. If you’re searching for a show that doesn’t take itself too seriously, this one will likely do the trick.

Wentworth (Netflix)
The Australian drama, set in a women’s prison, seems a lot like the mega hit Orange Is The New Black at first glance. In somes ways, it obviously is. However, those who’ve viewed it argue that it’s way better, but that’s for you to decide. Superior or not, it’s definitely a more dramatic approach to women on trial. So if you’re in the mood for murder, tales of the wrongly accused, and an ugly cry, Wentworth won’t disappoint.

In the realm of TV, we’re always looking for our next big binge. The trick is knowing where to stop scrolling and start watching. So why not start with a few of these? Catch onto these binge-worthy underdogs and be the first to tell your friends about your new fav shows!