It’s no secret that Amazon Video and Netflix streaming have become increasingly popular with movie lovers and binge watchers. But how are these streaming giants affecting the movie industry? Could your favorite subscription be influencing the way Hollywood makes movies? 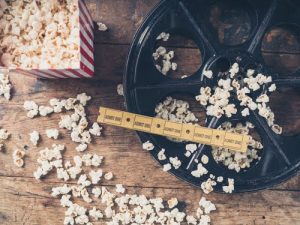 When Amazon bought Manchester by the Sea for almost $10 million, they changed game significantly for the streaming industry. The movie went on to win Oscars, Golden Globes, Critics’ Choice Awards, New York Film Critics Awards, and more. Streaming was always second choice to Hollywood blockbusters, especially when it came to movie awards. Once Manchester by the Sea became available in homes across the world, it opened the door for Amazon originals to compete with the big guns.

However, Amazon Video is facing some struggles. Many argue the streaming service is merely a bonus, since you must be subscribed to Amazon Prime, the two-day shipping option, in order to enjoy Amazon Video. How popular would it be if it was not included with in Amazon Prime?

Despite this, Amazon is making waves in the movie world. They produce many movies and series in house such as Goliath, The Big Sick, and The Marvelous Mrs. Maisel. They are also unique because they allow theater releases for some of their films before making them available online. That way, producers and actors can enjoy screen time before the streaming release. 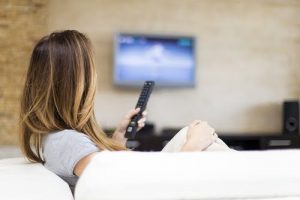 With 110 million subscribers, Netflix has pushed the streaming industry into the new age. They base their business off of an “immediately to web” model. They purchase many films and series for their site, but also create a lot of original content. People used to scoff at the idea that streamers could create their own content. Then, Netflix dominated the original releases with popular shows like Narcos, Stranger Things, and Orange is the New Black. In 2016, Netflix decided to spend a staggering $6 billion in content. 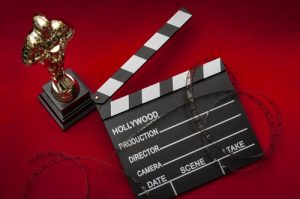 So, with successful giants like Amazon Video and Netflix, should Hollywood be running away with their tail between their legs? Mostly likely not, but the it’s undeniable that the industry is changing.

Going to the movies has become an incredibly expensive pastime. With tickets at around $12 each and concessions almost as much, a family of four can easily spend $60 on a movie outing. That’s a whopping $720 a year if the family visits once a month.

As a result, people are cutting out the movies and even traditional cable. Sundance and indie films were cautious to sell to streamers because they would miss out on the crowds and nostalgic draw of theater. In recent years, though, poor attendance at theaters has changed their minds. Last summer was the worst reported movie attendance in 25 years. Selling movies to Netflix or Amazon has become far more attractive as a result.

Will Amazon Video and Netflix make Hollywood obsolete? So far, it doesn’t look like it, at least not completely. Movie theaters still draw a crowd, even if it’s a less significant crowd. Amazon Video and Netflix cannot compete with the experience theaters have to offer. Movie buffs love the excitement of a premiere, the experience of getting concessions, and the comradery of sitting with fellow movie lovers. Yet, there is an undeniable shift in the medium of movie watching. Not to mention you can enhance your at-home movie night with a luxurious Seatcraft chair. It will be interesting to see how Hollywood reacts and if they can get their blockbusters back on top.