Sometimes you’ve had a long week and despite the fact that it may be 70 degrees outside and summer, you just need a good binge-watching session. Just a date with you, your couch, and some snacks! There are many fantastic movie series out there, but we have pulled together a list of some of the most binge-worthy series to explore. So, sit back and relax in your Seatcraft and enjoy these loveable movie series.

The Star Wars franchise first began in 1977 with the release of Episode IV. Director George Lucas introduced well-known characters such as Darth Vader, Luke Skywalker, Princess Leia, and Han Solo. The series is set in ‘a galaxy far, far away’ and follows the Rebel’s uprising against the Empire, which is controlled by Darth Vader. 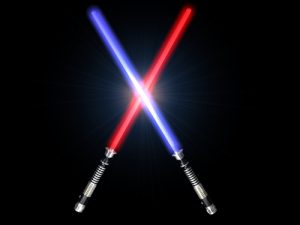 The series has been traditionally released in groups of three films. First, Episodes IV, V, and VI were released in the late 70s, early 80s. George Lucas then returned at the turn of the century and release three prequel films that received mixed reviews from critics. In just the past few years, a new mini-trilogy has been released with new characters that have seen widespread success. The last of this series is scheduled to be released in 2019.

In recent years, there has been a surge in the release of superhero films based on the Marvel comics. Some of the most popular series include X-Men and The Avengers.

The X-Men series first introduced this team of superheroes in 2000. Each member, with superhuman abilities, is labelled a ‘mutant’ for having the extra ‘X Gene’ that triggers their powers. Professor X, a mutant himself, creates a School for Gifted Youngsters that recruits and trains mutants from around the world, while also protecting them from the scrutiny of the general public.

The X-Men franchise has had a long run, releasing films every few years and projecting to release another in 2019. Each of the films has received varying reviews from raving adoration to extreme disappointment, but for the comic lover, this is a series that should definitely have a presence in your home theater.

In The Avengers series, all your favorite Marvel super heroes join forces to protect the world from some familiar villains. In the first Avengers film, Nick Fury of S.H.I.E.L.D. brings together Iron Man, Captain America, the Hulk, Thor, Hawkeye, and Black Widow to defend the Earth against Loki, Thor’s brother.

This film series has seen great success over the years and has generated a lot of hype around the upcoming Infinity War to be release April 2019. The first film grossed over $1 billion dollars in 2012 and promises to keep fans happy with a fourth and final film to be released in 2019.

Pirates of the Caribbean

The Pirates of the Caribbean movies are an absolute must see on the binge-worthy list. This fun, adventurous series boasts comically brilliant performances by Johnny Depp, Keira Knightley, and Orlando Bloom. 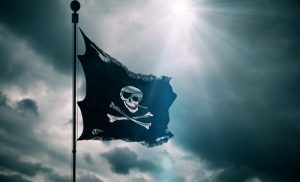 In The Curse of the Black Pearl, pirate Captain Jack Sparrow (Depp) and blacksmith Will Turner (Bloom) form an unlikely team to rescue Will’s love, Elizabeth (Knightley), from pirates who have kidnapped her, believing she is the key to breaking their curse. All five films have a unique, darker tone than what viewers had previously seen from Disney, but the movies still maintain entertaining action and quotable one-liners.

You can’t have a binge-worthy movie series list without mentioning Harry Potter. Adapted from J.K. Rowlings popular children’s novels, the Harry Potter movies series immediately gathered a following in 2001 with the introduction of The Sorcerer’s Stone.

On his eleventh birthday, Harry Potter learns he is the orphaned son of two famous wizards and that he has powers of his own. He receives an invitation to Hogwarts, a boarding school for wizards learning to harness their abilities. Harry’s past is slowly revealed to him as he learns there are dark forces at work in the world.

So get the family and your loved ones together on the cuddle couch, and binge these movie favorites.