Last weekend’s Golden Globes broadcast was the official start to the Hollywood awards season, which will go through a number of more obscure critic’s circle award events, before climaxing with the Oscars (usually late February or early March).  The Golden Globes are often seen as a good predictor of who will win at the Oscars, despite the fact that only four of the last ten Golden Globe winners for best drama film, ended up also claiming best picture at the Oscars.  The Golden Globes tend to be seen as Oscar’s looser, drunker cousin, a tad more risque (anyone remember Ricky Gervais’ recent stints as host?), but also thankfully devoid of the song-and-dance spectacle that usually drags the Oscar telecast down (the Oscars last between 3-4 hours; by contrast, the Golden Globes is a much more digestible two hours). 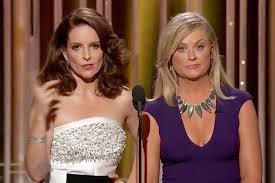 This year’s Golden Globes telecast came just days after the horrific attack on the offices of Charlie Hebdo in Paris, and the unprecedented global outpouring of support toward the French people.  The mass demonstration supporting Hebdo and the right to freedom of speech–attended by dozens of world leaders, although the United States was conspicuously absent from the proceedings–came just weeks after a very similar flap over the right to free expression attended the hacking incident surrounding the premiere of “The Interview”.  The two events galvanized American opinion regarding the right of journalists, cartoonists, comedians, satirists, and filmmakers to say whatever they wanted, without the fear of reprisal. 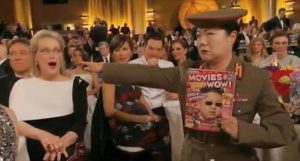 So it was perhaps ironic that the Globes telecast was accompanied by several risque jokes which were considered offensive and over-the-line by some people, who took to Twitter to express their condemnation.  At one point, hosts Tina Fey and Amy Poehler did their best Cosby impressions, as they re-created the rape allegations that have swirled around the comedian over the past few months–provoking shocked gasps from some of the celebrity attendees in the front rows.  Later, Margaret Cho came out dressed as a North Korean general who wanted to take a selfie with Meryl Streep–and, in spite of the face that Cho is Korean herself (and has made parodying her mother’s Korean accent a staple of her stand up for the past two decades), she was accused of milking Asian stereotypes.

Never has the line between free speech and PC correctness been tested to a greater extent, than it was here, on the same night that 3.7 million people spilled out into the streets of France to honor those who lost their lives for their satire.  It is this author’s view that we did the right thing at the Golden Globes, telling jokes that made people squeamish–because freedom of speech is not about how we treat the things we like hearing, but how tolerant we are of the things we don’t like to hear. 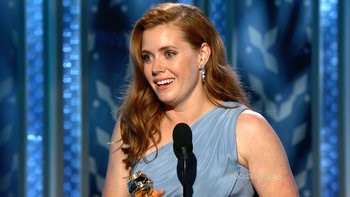 As for the winners of the 2015 Golden Globes, it was pleasing to see that several of 4seating‘s picks for the best films of 2014, including “Boyhood” and “The Grand Budapest Hotel”, walked away with several awards each.  Tim Burton’s excellent “Big Eyes” earned Amy Adams a best actress nod, while “Birdman” also won several big awards including best actor (Michael Keaton).  Meanwhile, Amazon’s “Transparent” became the first exclusively online show to win a Golden Globe, for best Musical or Comedy–an award that was dedicated to the transgender community that is its subject matter.  Although TV categories are the province of the Globes, it looks like a showdown is brewing between “Birdman” and “Boyhood” as to which film will take top honors at the Oscars. Stay tuned, entertainment lovers!