Who needs to wear green, drink beer from green cans, and spend the evening at the local pub to enjoy this good Irish holiday? If you’re looking for the luck of the Irish, try a relaxing night in the comfort of your own home! Whip up a few delicious Irish recipes and stream a classic Irish film!

Ham & Potato Casserole
A mixture of potatoes, onions, ham, and cheese, this delicious dish is sure to get you in the Irish spirit. This recipe is so simple yet so delicious!
Find the recipe here. 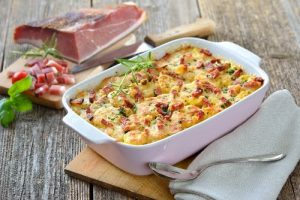 Potato Soup
If you’re St. Patrick’s is going to be chilly, consider a warm bowl of thick and hearty potato soup. Make this recipe a little spicy by adding cayenne pepper, or thicken it up with extra parmesan cheese.
Find the recipe here.

Potato Croquettes
Add an Irish twist to the traditional fried croquette. Coated in your favorite bread crumbs, these cheesy potato treats can be fried in a pan or deep fryer.
Find the recipe here. 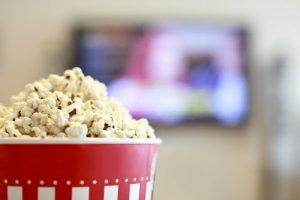 While you’re relaxing in your Seatcraft chair with your St. Patrick’s Day dinner, consider an Irish flick. Michael Collins and In the Name of the Father are just a few biopic films that offer cinematic entertainment as well as a history of significant figures in Irish history.

Michael Collins follows the story of an Irish soldier, portrayed by Liam Neeson, who is fighting for Irish freedom in the early 20th century. He provided information to the Irish Republican Army that led to Ireland’s liberation from the UK. The movie also explores the turmoil and civil war that followed. Julia Roberts and the late Alan Rickman make an appearance in this cinematic masterpiece.

In the Name of the Father retells the story of Gerry Conlon, one of four men falsely arrested for bombing the Guildford pub in 1974. The explosion killed five and injured sixty-five others. Conlon and three others, dubbed the Guildford Four, were tortured and held until they confessed to masterminding the attack. While serving his life sentence, Conlon meets the real perpetrator and begins his fight to free himself and clear the names of the Guildford Four.

Green Punch
What’s St. Patrick’s Day without a little green? This kid-friendly punch combines sweet sherbet and your favorite carbonated soda, typically lemon lime. Think of this one as an Irish float!
Find the recipe here. 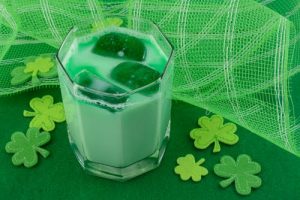 Frozen Grasshoppers
For the adults in your home, this holiday there is the delicious frozen grasshopper. This thick beverage has the consistency of a milk shake with the kick of a white Creme de Cacao, a chocolate flavored liqueur. Add a sprig of mint for a minty chocolate concoction.
Find the recipe here.

Whether you are sipping green beer or trying one of these new recipes, you will need an entertaining movie. Gangs of New York and The Boondock Saints are cult classics that are easy to watch and enjoy, especially if you have a darker sense of humor.

Gangs of New York (streaming now on Netflix) is drama directed by Martin Scorsese starring Leonardo DiCaprio, Daniel Day-Lewis, and Cameron Diaz. DiCaprio portrays Amsterdam, a young Irishman looking to avenge his father’s death. After growing up in an orphanage, Amsterdam goes to New York where he confronts powerful gang leaders with a strong prejudice against the Irish. While this is not known as a historically accurate film, it is action packed, full of Irish pride, and did we mention Leonardo DiCaprio is in it?

The Boondock Saints tells the story of two Irish immigrant brothers who are sucked into the life of gangs and crime in Boston. Director Troy Duffy’s dark humor did not draw a crowd to theaters in 1999 but gained a large cult following when the movie was released to DVD. If Pulp Fiction is your sense of humor, The Boondock Saints should be your go-to movie this St. Patrick’s Day.

Irish Cream Cupcakes
If you’re searching for the pot-o-gold, you’ll find them in these boozy cupcakes! Add Irish cream and a little green food coloring to these tasty cupcakes for a classic St. Patrick’s Day dessert.
Find the recipe here. 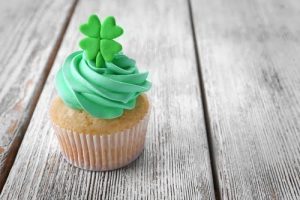 Chocolate Mint Dream Cookies
If you love a minty chocolate combination, prepare to fall in love with these dream cookies! Creamy mint frosting is drizzled over a melt-in-your-mouth chocolate cookie in this homemade recipe. Add mint to the cookie as well for an extra minty treat.
Find the recipe here.

Shamrock Cookies
Shamrock shaped cookies are fun to make with the kids or just as a guilty pleasure dessert this holiday. These cookies give a green twist to the classic sugar cookie. Add dye to the batter or coat with green sprinkles for a festive snack!
Find the recipe here.

Snuggle up with your sweetheart on the Seatcraft cuddle couch this St. Patrick’s Day and take pleasure in a mushy, Irish romance flick. Leap Year and Far and Away are sure to satisfy your rom-com craving while also indulging in the Irish spirit.

Leap Year (streaming on Netflix) is a modern romance set in the Irish countryside. Anne, played by Amy Adams, travels to Ireland to propose to her boyfriend on Leap Day, an old Irish tradition. In the typical rom-com fashion, fate throws a few complications her way and she soon finds herself dependant on the help of a handsome Irishman, Declan, portrayed by Matthew Goode. This feel good love story is perfect for spending St. Patrick’s Day with an Irish dessert and a loved one.

Far and Away is a late 19th century romance starring Tom Cruise and Nicole Kidman. Their characters, Joseph and Shannon, are Irish immigrants coming to America in the 1890s. They begin to raise money to start a new life, but Joseph loses most of their savings after a boxing match. The two then fall in love as they struggle through poverty and try to find their way in this strange new world.

Break the regular traditions this St. Patrick’s Day and start your own! Stay home and create some fantastically green treats and relax in your choice Seatcraft chairs. Get in the Irish spirit with these recipes and movie pairings and make this a holiday to remember.