The Beginnings of Cinema

Films as we know them today began in the early 19th century. It all started with the earliest known photograph taken around 1826, which led to the combination of multiple images to create the illusion of motion. 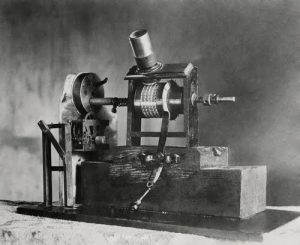 While pulling up virtually any movie at the touch of a button is the norm today, films have come a long way to get to this point. In 1891, Thomas Edison and his assistant introduced the kinetoscope, a cabinet with a window where viewers could see moving images that simulated motion. When the kinetoscope gained popularity, they began popping up in hotel lobbies, at amusement parks, and other popular locations. For a few cents, viewers could see the makings of what soon expanded into the film industry we know today.

Since he didn’t internationally patent his technology, Europe began producing their own kinetoscopes in mass and were even attempting to project the images onto a screen. In 1895, two French brothers patented the cinematographe (the origins of the word cinema), a lightweight film projector. Over the next few years, the brothers produced over 1,000 short films, mainly capturing everyday life. 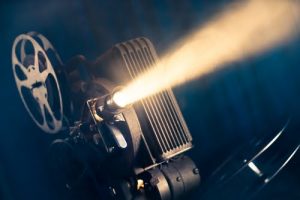 Trick Films (1902)
Up to this point, film had only been used to capture everyday occurrences. Eventually this novelty wore off, and producers began to wonder what else they could explore with film.

In 1902, a former magician, Georges Melies, released A Trip to the Moon. His new visual representations became known as ‘trick films,’ which showed images such as the moon with a face, flowers transforming into women, and men disappearing in a puff of smoke.

Melies created these trick films for over a decade, but his simple technique eventually lost the audience’s interest. More developed and sophisticated techniques took over the industry and drew an even larger crowd.

The Nickelodeons (1903-1908)
The Great Train Robbery (1903) is known as the first big box office hit. Filmmaker Edwin S. Porter broke from the stage-like, unmoving style of Melies and created a narrative with his groundbreaking film. After this great success, permanent movie theaters began popping up across the country.

The working class was the primary audience for these nickelodeons, named after the 5 cent admission price. It was a cheaper alternative to live theater. In this period alone, over 9,000 nickelodeons hit the screen in the United States.

Longer Films (1912)
The average motion picture was around 16 minutes, a single-reel, at the time of the nickelodeons. In 1907, filmmakers began importing multi-reels from Europe, but they didn’t see popularity until 1912.

Queen Elizabeth (1912) sparked this popularity as a three-and-a-half-reel film. Audiences viewed these multi-reel films as special events and were therefore willing to pay more to see them. This drew in middle-class viewers who saw the longer film style as more ‘respectable’ entertainment. 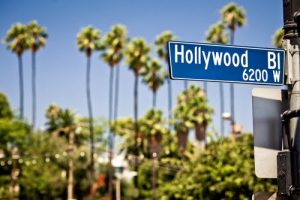 As longer films gained popularity, movie theaters recognized that they needed to make theaters more comfortable for longer seatings. Marble embellishments, comfy seats, and cut glass became the new normal in theaters across the United States. As theaters became more comfortable, movie goers demanded year round entertainment, which was unheard of at the time.

Since films were primarily shot outdoors in New York and Chicago, weather determined when and where movies could be filmed. Many filmmakers tried warmer climates such as Florida and Texas but only found real success in one, small suburb in Los Angeles called Hollywood.

Hollywood was sunny and temperate year round, land was cheap, and the location offered close proximity to mountains, lakes, desert, forest, and the coast. By 1915, over 60 percent of films were being produced in Hollywood. 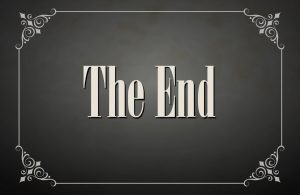 The art of the silent film drew crowds to movie theaters. Live bands would play in the theater to accompany the motion on the screen. Actors would develop over characterization techniques and use their movement to communicate with audiences.

D.W. Griffith emerged as an actor turned director, who transformed silent films with different angles and editing that heightened the intensity of his scenes. Griffith experienced great controversy with the release of Birth of a Nation, however his general filming technique is considered to have shaped the silent film industry.

The End of Silent Films (1927)
In 1925 in Hollywood, a small motion picture company called Warner Bros. purchased the rights to a technology that allowed sound in films. In 1926, they released Don Juan, which contained music accompaniment by the New York Philharmonic Orchestra. It was instantly popular, especially in small theaters that could not have an in-house orchestra.

In 1927, The Jazz Singer became the first ‘talkie’ film. Actor Al Jolson speaks a few lines and sings six songs and audiences were hooked. They were absolutely mesmerized by seeing an actor speak on screen. This was the beginning of the end for silent films.

Movie goers returned to theaters in droves to see their favorite actors perform. Silent films held on for a few more years, but by 1930, they were completely obscure. ‘Talkies’ had taken over the industry.

Color Films (1930s)
Filmmakers had the ability to add color to films for years before, but it never gained popularity. Films in the 1920s featured only two colors and were therefore perceived to be unrealistic. It wasn’t until the 1930s that color films saw some popularity, but not without difficulty.

Disney’s Three Little Pigs (1933) and MGM’s Wizard of Oz (1939) used a new and improved color system and saw much more of a following in theaters. However, these films and others like it suffered with the effects of the Great Depression. Movies were not a luxury most could afford, and therefore color films didn’t really see widespread success until the 1940s. 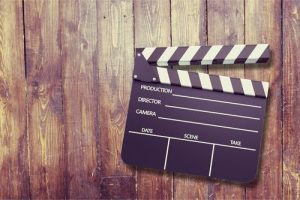 Movies have come a long way. Hollywood has seen its share of ups and downs. Wars, depressions, and youth culture have vastly influenced the way movies were made over the last century. Today, the biggest threat to Hollywood is the introduction of streaming, such as Netflix and Hulu. There is one big question on everyone’s mind: Will these eventually make Hollywood and movie theater obsolete?

The Future of Cinema
The nostalgia of movie theaters is still a big draw for movie lovers everywhere. Even if you enjoy the comfort of your Seatcraft chair in your own home theater, going to the movies is still a favorite pastime, and Hollywood isn’t likely to stay down for long.