Part One of this article focused on Alfred Hitchcock’s most well known films: Notorious, Rear Window, Vertigo, Psycho.  But almost every Hitchcock film is worth watching, and there are some lost masterpieces in his oeuvre which are well worth seeking out.  Should you be inclined to sit back in your theater seat, relax and enjoy these lost gems, here’s some you may not have heard of, which are well worth the effort to see: 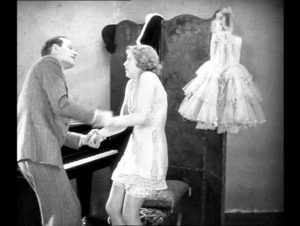 BLACKMAIL, 1929: Hitchcock’s first “talkie”–and among the first sound films ever made–was one of his earliest successes, both critically and commercially.  A woman murders a man who tries to rape her, and is subsequently blackmailed for it by an unexpected witness.  The film sets up several of Hitchcock’s later trademarks, including a brief cameo appearance by the director; see if you can spot him.  And while the idea of watching such a primitive early film may seem appealing only to movie historians, trust us–with Hitchcock, there’s a timeless quality that makes even these very early films a must-see.

YOUNG AND INNOCENT, 1937: This glorious film begins with the premise of many a Hitch classic–a man wrongly accused of murder, and on the run from the police–but is lighter in tone than many of his thrillers, being focused around the easy humor and repartee between its two main stars, Derrick De Marney and Nora Pilbeam.  Nora plays the girl who becomes convinced of the man’s innocence, and helps him clear his name.  It’s a delightful, yet still suspenseful, work that virtually defines the term “underrated”.

FOREIGN CORRESPONDENT, 1940: An unjustly overlooked masterpiece, this was one of Hitchcock’s first American films, and was a big production for its day.  A reporter is caught in a web of WWII-era political intrigue that carries him through several major setpieces, including a climactic plane battle and a memorable scene in a windmill.  Technically dazzling for its day, there’s plenty of action and suspense, along with deep, scintillating performances by all the main actors. The film was nominated for an Academy Award for best picture in 1941, but lost (Hitch’s previous film, the gothic romance Rebecca, had taken honors the year prior). 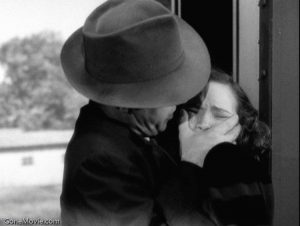 SHADOW OF A DOUBT, 1943: Hitchcock peered into the darker side of the American suburban dream in this creepy, low-budget masterpiece which receives no less than a 100% rating on the Rotten Tomatoes website.  The director also named it his favorite of all of his films, no doubt due to the flesh-crawling suspense it generates on the sheer strength of the director’s genius, without any big-budget production tricks. The story revolves around a teenage girl who comes to suspect her uncle Charlie of being a murderer, and the edgy psychological thrills this ostensibly unassuming film generates may give you nightmares for weeks! Be forewarned…

LIFEBOAT, 1944: Another WWII-era classic, Lifeboat is a straight-up drama which takes place entirely on a boat at sea, in which the survivors of a downed war vessel must survive until another boat comes to rescue them.  As they wait, the tension and animosity between them escalates, becoming a clear insight into human nature.  It’s an unforgettable, compelling tale filled with Oscar-worthy performances. 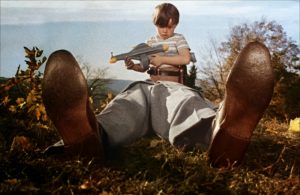 THE TROUBLE WITH HARRY, 1955: One of Shirley MacLaine’s earliest films was this black comedy which once again exposed the dark underbelly of American life.  A man turns up dead in a small Vermont town, three of its people each think they are the ones responsible for his death, and everyone tries to cover up the incident from the authorities.  It’s a seemingly lighthearted farce, but Hitchcock is able to inject his usual disturbing sense of uneasiness throughout.  Although it was a box office flop at the time, it was huge in Europe and has since been viewed as one of his best films.