Home Blog Home The Films Of Alfred Hitchcock, Pt I: The Classics

Alfred Hitchcock is widely considered to be one of the greatest film directors of all time.  Although known as “the master of suspense”, his genius extended to drama, comedy, and everything in-between.  His first film, The Pleasure Garden, was released in 1925 during the silent era when movies were in their infancy, and for the next fifty years Hitchcock would push the boundaries of film, developing and refining its lexicon while at the same time achieving the pinnacles of commercial and critical success.  His canon is so rich and varied–with masterpiece after masterpiece–that even his lesser-known films turn out to be gems.  And while his final film (Family Plot, 1976) is now nearly four decades in the distance, his legacy remains timeless with new generations of fans continually discovering his directorial magic. To put it simply, Hitchcock is perfect for home theater viewing, quite simply because his films are among the greatest ever made.  Part one of this article will focus on ten of his most famous and beloved films, which are an essential addition to any film lover’s collection:

THE 39 STEPS, 1935: Hitchcock’s first blockbuster success firmly established his credentials and remains compelling viewing some 80 years after it was filmed.  Filmed in black and white during his “British” period, it set up a classic Hitchcock plot: a man is wrongly accused of murder and must flee from the authorities, all while going undercover to expose the real culprit.  It’s the template in story, visual aesthetic, and feel along which all of his future films would follow. 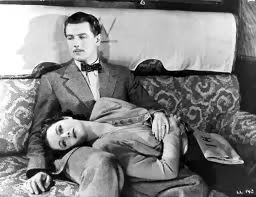 THE LADY VANISHES, 1938: This superb mystery takes place almost entirely on a train, as one of its passengers disappears without a trace.  The attempt to find her turned into one of the masterpieces of 1930s cinema, and the height of Hitchcock’s early period of UK filmmaking, before being lured away by Hollywood.

NOTORIOUS, 1946: The finest film Hitchcock made in black and white. This intensely compelling film of a woman who goes undercover to expose a Nazi spy ring, is abetted by the complex love triangle she soon finds herself entangled in.  It’s dazzling from start to finish, with Ingrid Bergman and Cary Grant at the peak of their game.

STRANGERS ON A TRAIN, 1951: By now the director had become an institution in film, and this crackerjack thriller did nothing to erase that impression.  Two men agree to swap murders, one renegs on the deal, and so the other tries to frame him.  The scene on the tennis court towards its end is one of the most suspenseful in all of Hitch’s ouvre. 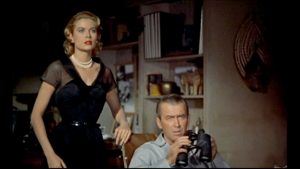 REAR WINDOW, 1954: This film regularly enters critics’ lists of the all-time greatest films.  As with several other Hitchcock classics such as The Lady Vanishes and Rope, it takes place in a single setting: a man’s apartment where he thinks he has witnessed a murder.  The film draws strength from Jimmy Stewart’s iconic performance, which manages to create suspense even in the absence of real action.

VERTIGO, 1958: Stewart dazzled again in Vertigo, which is not just considered one of the greatest films, but frequently a contender for the greatest movie ever made.  This complex, multi-layered psychological thriller is brooding and surreal, with a plot twist which can still leave audiences with their jaws to the floor.

NORTH BY NORTHWEST, 1959: In many ways the direct opposite of the single-set, claustrophobic dramas like Rear Window, this blockbuster was a slick spy thriller that hopped between several iconic American destinations. The crop-dusting scene and climax on Mt.Rushmore are among the director’s most memorable sequences. 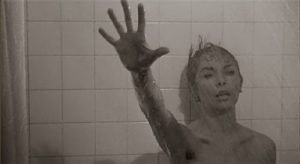 PSYCHO, 1960: Although Hitchcock’s films are very well-known, this is easily the most famous.  Millions of viewers never again stepped foot in a shower (let alone check into an isolated motel!), after seeing this bone-chilling B&W slice of pure horror. What is perhaps most unsettling, is that the director was able to create his shocking opus without any of the blood and gore which marks today’s slice-em-dice-em Z-movies. 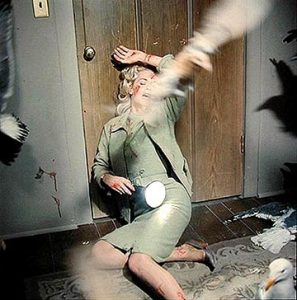 THE BIRDS, 1963: The unresolved ending of this film puzzled and frustrated audiences at the time, but that was the point–this was Hitchcock at his most dark and uncompromising.  Only a genius could make a creature as benign as a bird into a perpetrator of sheer terror; there is an eerie, unsettling vibe to the entire proceeding as it unfolds, which makes it an essential addition to any film collection.

FRENZY, 1972: Hitchcock’s penultimate film and his last true masterpiece, Frenzy was also the first movie the director made under relaxed ratings restrictions, which allowed him to show both nudity and gore in a more explicit manner (and thus, is perhaps the only one of his works not suitable for children).  These elements do not eclipse what is essentially another classic tale of a man wrongly accused of murder, which brings us full circle from The 39 Steps: watch both films back-to-back and compare the fascinating evolution of Hitchcock’s style over the years.