In part one of our Sci-Fi series, we looked at the development of the genre from its origins in the silent era with Metropolis, until the turning point that was 2001: A Space Odyssey.  2001 ushered in a new era in sci-fi filmmaking that is frequently hailed as its “golden age”; it’s likely that you’ll recognize most if not all of the films on this list, which still resonate with audiences some 30-40 years later.  So, grab some popcorn and lay back in your theater seat, and revisit these masterpieces of old: 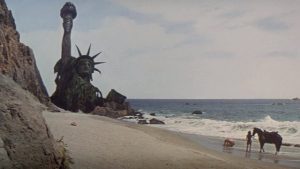 1. PLANET OF THE APES, 1968.  Although technically speaking this was released a month or so before 2001, it had the same groundbreaking effect with critics and audiences.  With Charlton Heston chewing scenery in the lead role and some of the most iconic imagery in sci-fi history–who can forget the buried Statue Of Liberty?–it’s a little campier now than it was then, but still enormous fun.  The recent Rise Of The Planet Of The Apes pales in comparison, though we look forward to Dawn Of The Planet Of The Apes this July.

2. A CLOCKWORK ORANGE, 1971.  Having revolutionized the genre with 2001, legendary director Stanley Kubrick wowed audiences once more with this cult classic based on the Anthony Burgess novel. Malcolm McDowell gives a career-making performance as the twisted leader of a gang of youths who terrorize a future world, before being captured and sent to a undergo a rehabilitation as shocking as his crimes.  The production design and direction has the post-counterculture feel of the early 70s, which gives it a hallucinatory quality.

3. SOLARIS, 1972.  True to the competitive spirit of the Cold War era, The Soviet Union responded to the new wave of American and British sci-fi by attempting to outdo everyone with this lengthy, highly intellectual meditation on the universe.  The psychological thriller was carried out with absolutely stunning cinematography, and while the plot may be confusing for some, it’s the kind of film that you can see over and over again, and discover new things every time.

4. ZARDOZ, 1974.  John Boorman’s followup to his Academy Award-winning Deliverance was panned at the time, but soon developed a huge cult following.  Another product of the acid-inspired, intellectual vein of sci-fi in the early-mid 70s, this very esoteric film recounts the tale of a dystopian future world where a “brutal” breaks into the highly guarded realm of the “eternals”, and ends up challenging their authority. Known primarily for its scenes of Sean Connery running around in what looks like a giant red diaper, this classic features a dazzling production aesthetic and many references to philosophy and the occult woven into its tapestry.

5. THE MAN WHO FELL TO EARTH, 1976.  Rock star David Bowie had already crafted an alien persona for himself on his acclaimed 1972 concept album Ziggy Stardust And The Spiders From Mars, so it only made sense to cast him as a wayward Martian who visits Earth looking for water, in this Nicolas Roeg adaptation of the 1963 novel. Bowie is a formidable presence on screen, and the story of his character’s corruption by humanity makes for a depressing–but utterly compelling–plot.

6. STAR WARS, 1977. OK, although we’ve already written about this landmark release in a past article covering the Star Wars franchise, there’s no way to ignore the monumental impact Lucas’ spellbinding creation had not just on sci-fi, but on the entire movie industry.  Like 2001, it completely changed the paradigm, moving away from the brooding, intellectual films of the early-mid 70s and into the action-oriented blockbuster films of today.  Although accused of cheapening cinema, the original creation can hardly be blamed for its pale imitators, now can it? 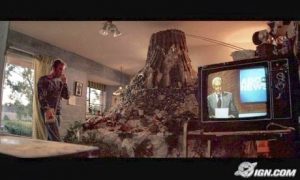 7. CLOSE ENCOUNTERS OF THE THIRD KIND, 1977.  Spielberg and Lucas competed with each other in 1977 to see who could release the more iconic sci-fi film, and both came up with winners.  Close Encounters is also regarded as one of the greatest films ever made, although it is more in the vein of the measured, dramatic films of the early part of the decade than Star Wars.  The kind of gosh-wow storytelling forever associated with Spielberg really began with this film, which was one of the first mainstream films to explore the idea of a government coverup involving UFO encounters.  Richard Dreyfuss gives a stunning performance in the lead.

8. ALIEN, 1979.  Ridley Scott made his name directing this slab of iconic sci-fi horror, about a spaceship that awakens a terror on an unknown world.  Whereas every sequel has followed the shoot ’em up action blockbuster style of James Cameron’s equally epic followup Aliens, the measured tone of the original makes for a far more quietly disturbing affair.  Renowned German artist HR Giger shot to international fame, as a result of his twisted yet strangely beautiful production design for the film.

9. BLADE RUNNER, 1982. Scott followed Alien with this futuristic noir set in a 21st century Los Angeles, with Harrison Ford as a cop sent to exterminate errant “replicants” (androids).  Its thoughtful musings on the rights of artificial intelligence are matched by its grim but intensely detailed vision of the future. The film is known for having several alternate endings, depending on which version one saw; all of these are collected into a special 25th anniversary DVD/Blu-Ray edition released a few years back.

10. STAR TREK II: THE WRATH OF KHAN, 1982.  After the success of Star Wars, Paramount Pictures took its legendary sci-fi franchise out of mothballs in an attempt to cash in.  1979’s Star Trek: The Motion Picture is this author’s personal favorite, but its slow pace and cerebral plot left audiences dissatisfied; as a result, the series was streamlined into more traditional action fare for this memorable sequel. Khan is one of the most charismatic villains in sci-fi movie history, played to the hilt by Ricardo Montalban as he and William Shatner attempt to out-ham each other throughout the film’s length, with awesome results.

11. E.T. THE EXTRA TERRESTRIAL, 1982. The highest-grossing movie of all time upon its release, Spielberg managed to mix family-friendly warmth with sci-fi thrills with results that everyone could identify with.  The film represented the continued seachange in sci-fi tastes since the advent of Star Wars, from esoteric pondering to mainstream fare, but holds up thanks to a series of memorable scenes and lines (“ET phone home”, etc.) that, for once, made the alien the lovable good guy in the scenario. 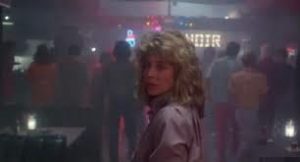 12. THE TERMINATOR, 1984.  James Cameron burst onto the film world with this taut, highly suspenseful thriller that made Arnold Schwarzenegger a star.  Although oft-parodied in the years since, that tends to be a marker of all great sci-fi (how many Planet Of The Apes or Star Wars parodies have you seen?), and the directorial style Cameron used was state-of-the-art back in its day.  While not quite as groundbreaking to audiences 30 years later, the compelling nature of the time-travel story and the urgency of its delivery, makes it worth coming back to.