Summertime is now inevitably associated with the summer blockbuster film: usually a sci-fi/fantasy oriented plot (often part of a multi-film franchise) with plenty of action and big-budget special effects designed to provide escapist entertainment for the masses.  Star Wars, Star Trek, Superman, Spiderman, Harry Potter, Alien, Terminator, Iron Man, Transformers–the list goes on and on.  However, the blockbuster is frequently criticized for its dumbing-down of cinema: wooden acting, cliche dialogue, plot holes the size of the grand canyon, and a general sacrifice of character-driven nuance in favor of huge explosions and space battles.

There have, however, been a number of ‘intelligent’ blockbusters released in the past 40 years, that are worth revisiting.  These films blend in a healthy dose of cerebral plotlines and character development with all the sturm and drang, resulting in something even the critics were impressed by. Here follows five summer blockbusters that treat you like an adult, with an operating brain! 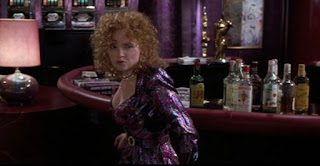 1) BACK TO THE FUTURE, PART II (1989): The first Back To The Future was a warm, lighthearted romp that became a pop-culture sensation, which now celebrates its 30th anniversary this year.  The second film in the series was a much darker, more challenging journey through multiple alternate timelines that had audiences scratching their heads–although hardcore fans were thrilled. The film’s plot isn’t actually that dense, but it does keep you on your toes, and the radical changes in character through each timeline are both startling and edgy.  The film’s look at the year 2015 is especially interesting this year, as we compare what the film got right and wrong in its portrayal. Everyone will have a chance to relive the big screen experience again when the trilogy is re-released later this year, but if you want to get a head start on the hoopla, simply pop the DVD/Blu-Ray into your home theater setup, and enjoy! 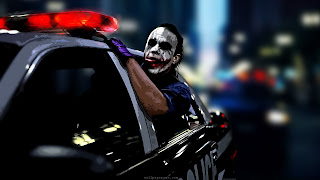 2) THE DARK KNIGHT (2008): Christopher Nolan immortalized himself as the auteur of the intelligent blockbuster with this film, which won Heath Ledger a posthumous Oscar (summer blockbusters never win in any of the major acting categories).  His portrayal of The Joker–totally psychotic yet surprisingly nuanced, who loves to plot all kinds of difficult moral challenges for his victims–generates all of the drama in the film, so much so that his iconic performance is what sticks out over and above any of the car chases or explosions littered throughout. 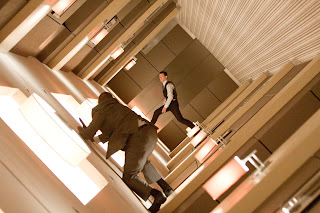 3) INCEPTION (2010): Yup–Nolan gets two entries in this list (and Interstellar would be a third, had it actually been released in the summer), this one for what is likely the most dizzyingly complex summer blockbuster of all time.  The dreamworld that Nolan created for his plot was filled with so many internal rules and regulations, that audiences had to go back two or three times to try and figure it all out–which they willingly did, thanks to the film’s original idea, strong sense of mystique, and incredible art direction.  Indeed, the film was so complex that South Park ended up doing a hilarious parody of it, which was perhaps the sincerest form of flattery. 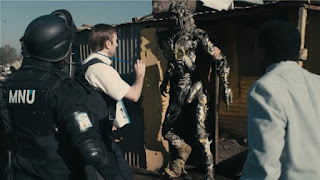 4) DISTRICT 9 (2009): This gritty sci-fi film worked as an uncomfortable moral and political allegory, in the way that the best sci-fi can highlight social injustices.  In a novel twist on the traditional “aliens as evil conquerors” plot, the aliens here have arrived and–pointedly–been turned by humanity into second-class citizens, fighting for their rights.  That the film takes place in South Africa makes the allegory perhaps a bit too obvious, but the film’s direction builds on this by avoiding the shiny polish of your typical blockbuster and going instead for an ugly, unwashed realism.  It’s a gripping, cerebral work from start to finish. 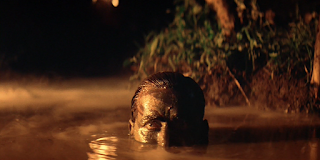 5) APOCALYPSE NOW (1979): back in the early days of the blockbuster, immediately post-Jaws and post-Star Wars, the dumbed-down template for the format had not quite been set in stone, and so any number of sophisticated late 70s/early 80s sci-fi films could be included here (Blade Runner, Alien, Close Encounters).  However, none encapsulates the true potential for a summer blockbuster quite like Francis Ford Coppola’s Apocalpyse Now, which is not simply hailed as an intelligent summer film, but one of the greatest films ever made.  This film gets its scathing anti-war message across through a series of increasingly surreal vignettes, each one more compelling than the last.  The slow-moving end of the film–in which Marlon Brando’s Kurtz reveals his quiet madness through demented poetry recital and rambling soliloquies–often puzzles audiences who had been swept away for the previous three hours, but it’s exactly that sort of subversion of expectation that more films need to dare to exhibit today.