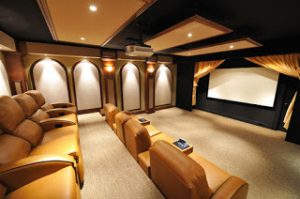 You’ve put in a lot of work building your own home movie theater.   You’ve painted the walls black and installed remote-controlled light dimmers.  You’ve painstakingly built a platform on which to place the deluxe rows of cushioning home theater seats you’ve received from 4seating.com.   You’ve installed an 83” flat screen, Blu-Ray player, and deluxe 5.1 surround sound system.  You’ve made the popcorn, bought drinks, and invited a few friends over to be astounded by your new high-tech fantasyland.   You want everyone to be overwhelmed by a totally immersive audio-visual overload.  The only problem?  You don’t know which movie will best showcase the time, effort, and dollars you spent on re-creating the premium theater experience in your home.   No worries: we here at 4seating have done the work for you.  What follows are ten Blu-Ray discs (in no particular order) which will stun your audience and make them beg for an encore:

1. WALL-E, Pixar, 2008.  Almost any of the recent crop of Pixar movies is a candidate for this list, as they all feature the very latest in high-tech audio-visual splendor.  WALL-E is the decided pick of Pixar among enthusiasts, however, as its charming sci-fi tale lends itself to spectacular visuals, matched by a touching statement on humanity.  Both picture and sound are guaranteed to delight and startle.

2. THE MATRIX, Warner Bros., 1999.  Much has changed in filmmaking since The Matrix astounded audiences over a decade ago, but it still carries the same power it did then.  This may be partly because it was one of the first films entirely shot and edited digitally, with a 5.1 Dolby soundtrack to boot.  Mind-bending (and oft-parodied) visual techniques enhance the story, which questions the nature of reality.  A perennial favorite!

3. LAWRENCE OF ARABIA, Colombia, 1962.  There are not too many older movies which make this list, owing to the fact that more recent ones utilize new film technologies which look superior on today’s home theater setups.  Lawrence Of Arabia is a notable exception, thanks to a painstaking restoration which upgrades this classic’s widescreen glory for the 21st century.  Besides, it’s an incredible story from start to finish that can stand up to any of today’s flash-over-substance potboilers. 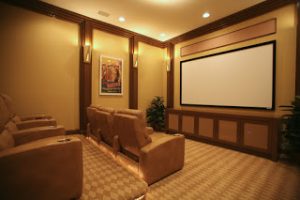 4. PAN’S LABYRINTH, Picturehouse, 2006.  Guillermo Del Toro’s stunning, one-of-a-kind fantasy has earned a fanatical cult following over the years.  Thanks to a high-art visual scheme and the creation of some truly eye-popping creatures, this film will convert anyone looking to enjoy the audio/visual delights their home theater system has to offer.  Pan’s Labyrinth is a relatively unknown but constant fixture on top ten lists such as this one—find out why!

5. CASINO ROYALE, MGM, 2006.  The resurrection of the Bond franchise was given a glittering Blu-Ray treatment soon after release, featuring every available bell and whistle that turned it into the state-of-the-art standard.  A deluxe two-disc edition a few years later upped the ante, featuring the absolute latest advancements in picture and sound, plus hours of extra bonus features.  One only wonders what the upcoming Blu-Ray of the latest blockbuster, Skyfall, will bring.

6. DARK KNIGHT, Warner Bros., 2008.  This landmark film, rare among blockbusters for its Oscar-winning turn by Heath Ledger as The Joker, works as both an intense action film and a gripping character study.  Bound to please almost any crowd, its darkly gothic visual scheme will look fantastic blaring out of your system.  Little more needs to be said—you’ve all seen the film, and if you haven’t, this should be among the first things you obtain to test your new setup.

7. AVATAR, 20th Century Fox, 2009.  For sheer visual splendor, Avatar simply can’t be beat.  James Cameron’s fantasy world was always meant to be a rich, luxurious dip into state-of-the-art audiovisual nirvana, and the Blu-Ray edition does not disappoint.  An obvious inclusion.

8. THE GODFATHER, Paramount, 1972.  This legendary film, now ranked the second greatest of all time by the American Film Institute, was painstakingly restored frame-by-frame in a manner similar to Lawrence Of Arabia.  See this gripping story like you’ve never seen it before, in a way it hasn’t been experienced since its original theatrical run.

9. BLADE RUNNER, Warner Bros., 1982.  The ultimate cult classic, with a futuristic noir look that still looks fantastic today, was re-released in 2007 in a director’s cut finally overseen by director Ridley Scott himself.  Of the many versions (and many variable endings) of this film, this is the one to get.  Also available: a deluxe five-disc set that boggles the mind with its extras, including every available variation and several documentaries.

10. APOCALYPSE NOW, United Artists, 1979.  The DVD/Blu-Ray “Full Disclosure” edition of this extraordinary, surreal epic features both the original theatrical cut and the much lengthier “Redux” director’s cut.  Either way you slice it, this film is a cinematographer’s wet dream, restored to full splendor so that it looks and sounds even grander than it did back in ’79.  It’s a true journey—but don’t forget to also check out the Hearts Of Darkness documentary included on the making of this film, which is a mesmerizing classic in itself. 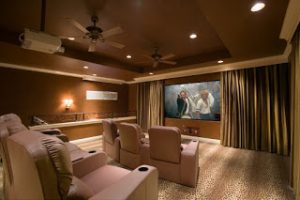