We have all experienced that shocking moment where a friend confesses they’ve never seen one of your favorite movies. Instead of teasing them (okay, maybe you can still do that), stock your home theater room with some classics! Impress your guests with your luxurious Seatcraft chairs and give them a movie education with these classic films. 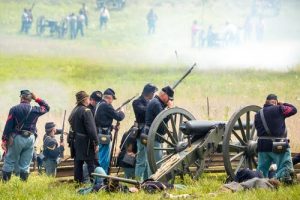 Released in 1939, Gone with the Wind swept the movie industry with stunning performances by Clark Gable, Vivien Leigh, and Leslie Howard. Set during the American Civil War, this classic film follows Scarlett O’Hara (Leigh), the headstrong daughter of a plantation owner in the South, as she experiences happiness and turmoil with her love interests (Gable and Howard) throughout the many hardships and losses of the war.

The film won eight categories during the 12th Academy Awards, setting a record at the time. Though it received criticism for historical accuracy and the portrayal of African Americans, there is little dispute that the film changed the movie industry.

Casablanca (1942)
“Of all the gin joints in all the towns in all the world, she walks into mine.” -Rick Blaine

This romantic, period drama stars Humphrey Bogart as Rick Blaine, an American expatriate who runs a nightclub in Casablanca, Morocco during World War II. Rick’s old flame Isla shows up to his ‘gin joint’ seeking help to flee from the Nazis. Isla knows Rick can help her and her rebel husband escape the country, but not without its difficulties.

Casablanca received widely positive reviews and won three Academy Awards. It has become one of the most widely known films in America and is still enjoyed by movie buffs today. 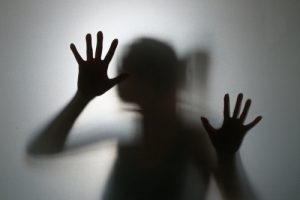 Horror lovers will not want to miss this timeless Alfred Hitchcock film. Marion Crane is on the run after stealing from her employer when she gets caught in a rainstorm. Exhausted and looking for safe shelter, she checks into the Bates Motel. She meets the friendly but strange owner, Norman Bates, who has an affinity for taxidermy and a complicated relationship with his mother. Cue the slasher music.

Psycho received mixed reviews upon its release in 1960. Many criticized the film for oversexualization and gore, but it was widely loved by movie goers and has become one of the most recognized films in the horror genre.

Carrie White is a shy, high school student who is sheltered by her extremely religious mother. Carrie hides her telekinetic powers but is nonetheless ridiculed by her classmates. Feeling guilty for their bullying, one of the most popular boys in school takes Carrie to the prom as an apology. Soon, though, Carrie’s other tormentors play a humiliating prank on her. Realizing she is still an outcast, Carrie unleashes her full power as revenge.

This angsty teenage drama quickly turns to a bloody horror film that movie critics instantly loved. It became one of the few horror movies to be nominated for an Academy Award.

The Omen (1976)
“When the Jews return to Zion, and a comet fills the sky, and the holy Roman Empire rises, then you and I must die.” -Father Brennan

After the death of their child, American diplomat, Robert Thorn (Gregory Peck), agrees to adopt an orphan, Damien, from the hospital. As the child grows up, the family beings to experience many violent events they soon attribute to their adopted son. As more and more people begin to die, Robert investigates Damien and makes a startling, demonic discovery. 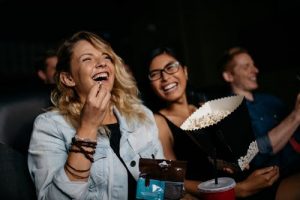 Monty Python and the Holy Grail (1975)
“Your mother was a hamster, and your father smelt of elderberries.” -French Soldier

In 932 AD, King Arthur travels the kingdom looking for men to join the Knights of the Round Table. Arthur soon encounters many goofy, unqualified men and quickly abandons his search. Instead, he is directed to go on a quest for the Holy Grail. Arthur and his men encounter ridiculous scenarios, mock historical events, engage in laughable fights, and spew some classic lines in one of the most famous slapstick comedies in the industry.

This parody of a horror classic was an instant box office success. With its affectionate tribute to the original, Young Frankenstein was instant comedy gold. 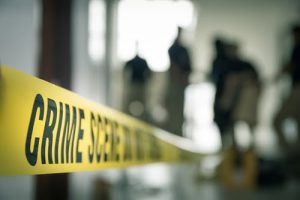 This mob drama stars Marlon Brando as Don Vito Corleone, the father of a powerful, Italian-American crime family. When Vito’s youngest son, Michael (Al Pacino), returns from the war, he is reluctant to embrace the family business. Eventually, pressures and events beyond his control force Michael to join the Mafia, where he is sucked into a life of crime and betrayal.

The Godfather is considered to be one of the best films ever released. It was the highest grossing film of 1972 and challenged all previous depictions of gangsters in Hollywood. The film is still popular today and has produced two sequels.

Clint Eastwood takes on the role of San Francisco Police Department Inspector, Harry Callahan, in this crime drama. After a girl is shot and killed by an unknown man, Harry takes on the case to find the mysterious killer. The killer demands money or he will continue to leave bodies across San Francisco.

At the time of its release, the film received a lot of criticism. Many argued it glorified police brutality and feminists protested at the Academy Awards. Decades later, it is now considered one of Clint Eastwood’s best films and still tops charts of the best movies of all time. 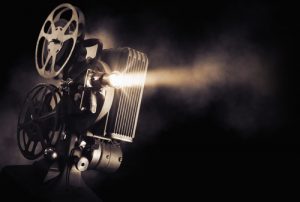 So whether you are a comedy or drama fan, there is a classic movie that should have a place in your collection. Be your own critic and show off your movie knowledge with these must-haves. So snuggle up on that Seatcraft and enjoy some classic cinema from the comfort of your own home theater.